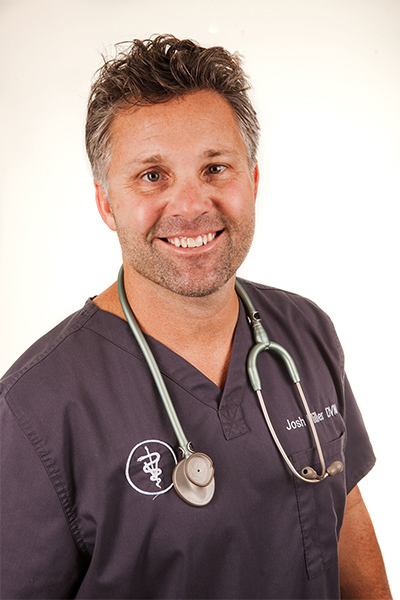 After graduating from The Ohio State University College of Veterinary Medicine in 1999, Dr. Josh spent a year working at a mixed animal practice. In 2000, Dr. Josh then joined his father, Dr. Steve Miller, at Covenant Animal Clinic. His father started this practice in 1972. Dr. Josh practiced in Waynesville for several years before moving the practice to Bellbrook in 2012 with Dr. JK Guarasci. Dr. Josh has a passion for surgery and enjoys the challenge of both soft tissue and orthopedic procedures. He also enjoys building life-long relationships with his clients. He lives in Centerville with his wife, Nikki, and two children. He enjoys the outdoors, sports, playing music, and riding anything with two wheels. Dr. Josh has a long-haired Chihuahua named Lily Bean and an Australian shepherd named Ozzy. 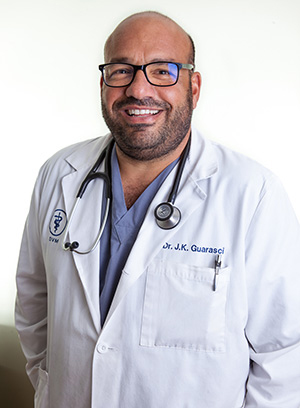 Dr. JK grew up in Centerville where he graduated from Centerville High School and went on to The Ohio State University for both his undergraduate program and veterinary school. Upon graduating from the College of Veterinary Medicine in 2008, he joined his father in practice before joining Covenant Animal Clinic. He and Dr. Josh Miller established the Bellbrook location in 2012 and added the Centerville location in 2019. Dr. JK enjoys playing golf, watching the Buckeyes, and learning craft beers. He and his wife, CJ, have two children, Jacob and Lexi, who are very involved in sports, school and their friends. They also have two Golden Retrievers named Rooney and Rosie. 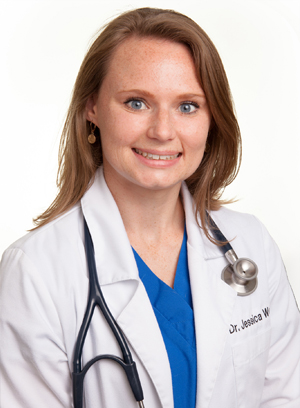 A Bellbrook native and Bellbrook High School graduate, Dr. Jessica Wells is a 2014 graduate of The Ohio State University College of Veterinary Medicine. She also has a master’s degree in veterinary public health from Ohio State. She joined the practice in May of 2017. She loves spending her time in surgery (there is no better feeling than successfully removing a foreign object from the GI tract!) and thrives on caring for pets and their families in emergency situations. Dr. Wells also enjoys teaching, whether it be client education, training staff, or participating in area school Career Days. Dr. Wells is a member of the American Veterinary Medical Association and the Ohio Veterinary Medical Association. Dr. Wells lives in Washington Township with her husband, Scott, and two young sons. She can usually be found spending her free time outdoors with her family. She has two cats, Moose and Birdie. 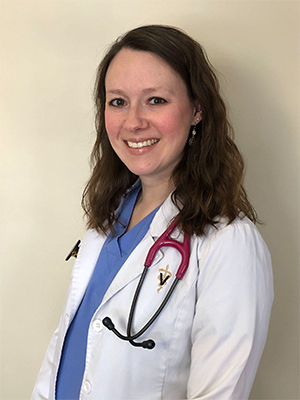 Dr. Allison Finley grew up in Kettering and graduated from Fairmont High School. She received her Bachelor of Science from Wright State University in 2011 and her Doctorate of Veterinary Medicine from The Ohio State University in 2015. Upon graduation, Dr. Finley spent two years in private practice and then decided to explore the world of shelter medicine, where she worked for four years before joining Covenant’s team in March of 2021. She enjoys baking, gardening, reading, and spending time with her husband, Shawn, and their son, Jonathon. She has two dogs, Kona and Riley, and two cats, Penelope and Neville. 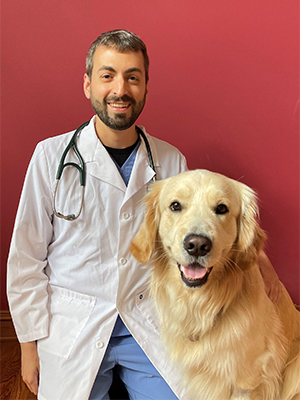 Dr. David Handler has lived in Beavercreek most of his life and is a graduate of Beavercreek High School. He attended The Ohio State University for both undergraduate and veterinary school, earning his Doctor of Veterinary Medicine degree in 2021. He then joined the Covenant practice that June. Dr. Handler is passionate about the human-animal bond and helping pets with behavioral concerns. He also has a special interest in dermatology, helping our furry friends find solutions to relieve their itch. In his free time, Dr. Handler can often be found at Cars and Coffee events on the weekends. He also enjoys cooking and taking on DIY projects. He lives in Beavercreek with his golden retriever, Huey, and cat, Kona. 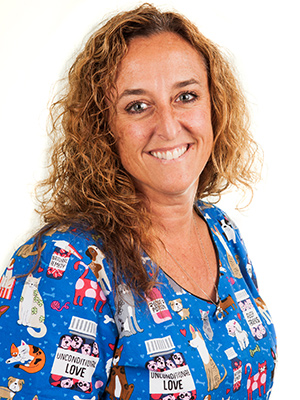 Lisa came to Covenant in August of 2019, but has been in the veterinary field since 1995. She manages both practice locations. She has three children and two dogs named Ellie and Lucy. She enjoys spending time with her family on weekends outdoors on their farm in Kentucky. 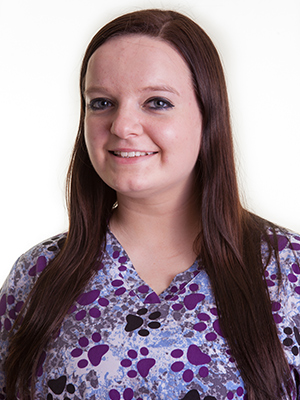 Ashley joined our team in May of 2016 shortly after graduating from Sinclair Community College with a degree in Veterinary Technology and phlebotomist certification. She lives in Miamisburg with her fiancé, Gary. Ashley has two teacup Chihuahuas and a Siberian husky. She has a passion for assisting with dental procedures 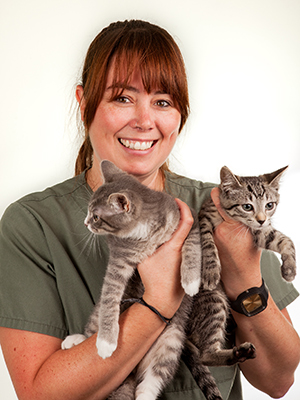 After relocating to Dayton from Colorado, we had the privilege of working with Amy during her studies at Sinclair Community College. Upon graduation from the Veterinary Technology program in May of 2018, we knew we needed her on our team. When not working with your pets, Amy likes to spend time outdoors hiking, kayaking, and camping with her significant other, Corey. Amy has a dog named Murphy and 3 cats, Bubbas, Benji and Kerby 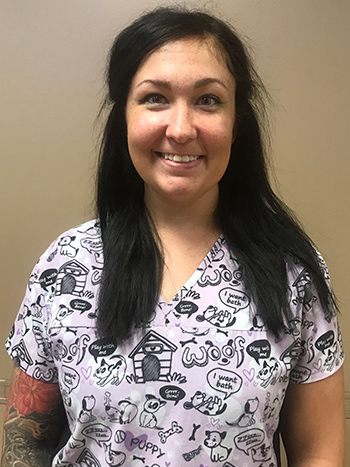 Courtney has been a long-time client of Covenant Animal Clinic and has worked at our front desk as a receptionist since October of 2018. She also works part-time at Dorothy Lane Market. In 2014, she graduated from Wright State University with a Bachelor of Science degree. In her free time, she volunteers at 4 Paws for Ability helping train future service dogs. Courtney has a Chihuahua named CJ and a Boxer mix named Jose Cuervo. 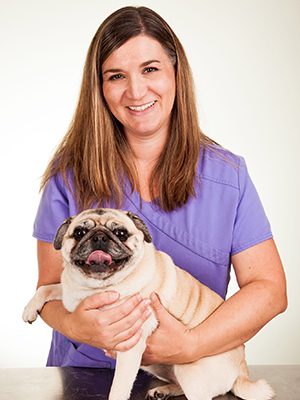 Heather graduated from the Columbus State Vet Tech program in 2002 and joined our practice in May of 2019. In her “free time,” she is a full-time Soccer Mom and aspires to finish a Pinterest project or two. Heather resides in Franklin with her Husband, Jason, and two daughters, Kendall and Morgan. They also live with two dogs, Oakley and Toffee, and several other critters that their daughters talked her into keeping. 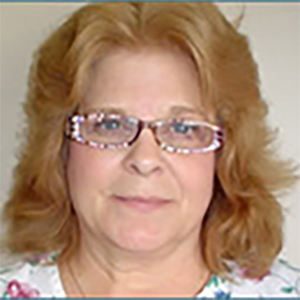 Joy is one of our Bellbrook receptionists. She has been with Covenant since 2006. She will likely answer the phone when you call and is always there to welcome you and handle your questions. 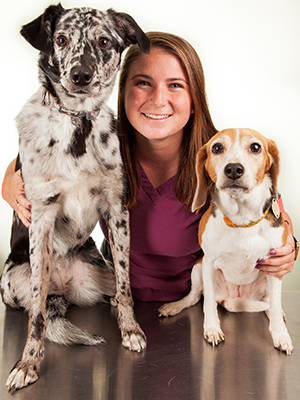 Nora is a 2017 graduate of the Sinclair Community College Veterinary Technology program. She has been a Covenant Animal Clinic technician since the day she graduated from the program. Nora really enjoys placing IV catheters, drawing blood, and assisting with surgical procedures. When not at work, she spends her time reading, watching Netflix, traveling, and spending time with family and friends. Nora and her fiancé, Justin, live in Kettering with their beagle Maci, Lab mix Michelob, and two cats, Spencer Reid & Dembe 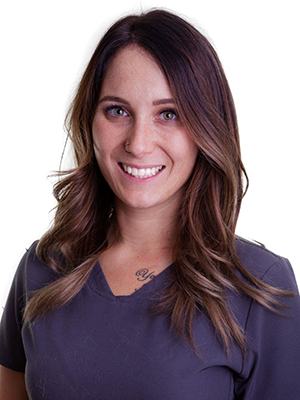 Mary joined the Covenant team in 2016 shortly after graduating from Sinclair’s Veterinary Technology program. She decided to further her love for companion animal medicine and surgery and applied for veterinary school. She is currently a veterinary student at The Ohio State University Class of 2023 and works seasonally while school is out. She and her husband Trevor enjoy traveling, camping, biking and spending time with their 3 cats. In her spare time, Mary loves riding horses and rock climbing. 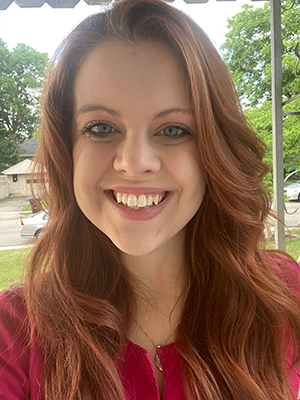 Genevieve joined the team at Covenant Animal Clinic in the winter of 2019. She has been in customer service since 2010 and in the field of veterinary service since 2018. She has always had a passion for helping people and animals, which led her to veterinary medicine. She lives locally with her husband, Phil and two dogs, Primrose and Gus. In her free time, she enjoys hiking, cooking, baking, going to the beach, and spending time with her family and friends. 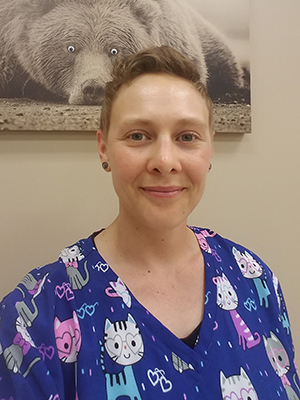 Chaely graduated from Sinclair Community College in 2019 with a degree in Veterinary Technology and has worked for Covenant since June of 2020. Prior to this, she enlisted in the United States Air Force and served for 10 years. She lives in Beavercreek with her 3 cats, Odin the One-eyed Wonder, Thor Fancy-Pants Odinson, and Loki the Prince of Mischief. She enjoys being outside in nature, hiking, and cycling on the bike path. 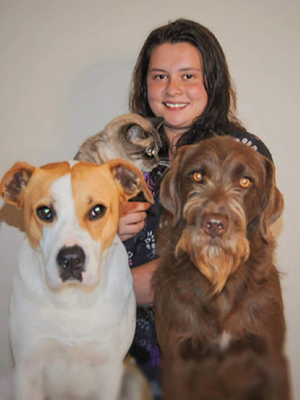 Bailee is a 2019 graduate from Vermont Technical College, where she attended for 3 years gaining a wide array of education. She joined Covenant Animal Clinic in March of 2020 when she moved from Vermont with her husband, Antonio, and their two dogs, Cider and Chase. Since moving to Ohio, they have added an Angora and a 3-legged Lionhead rabbit to the family. In her spare time, she loves four-wheeling with her husband and his friends and hiking with her dogs. 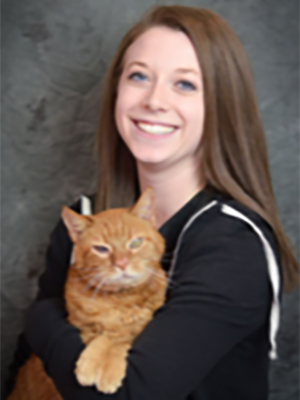 Emily graduated from Bradford Vet Tech Institute in Columbus in 2013. She gained valuable experience from volunteering at Red Wolf Sanctuary in Rising Sun Indiana. She joined the practice in the summer of 2020. She and her fiancé Tony love anything outdoors from camping, hiking, kayaking, to rock climbing and swimming. She loves anything Disney or art related. They have a pitbull mix named Mowgli, a miniature schnauzer named Xavier, and a cat named Popcorn. 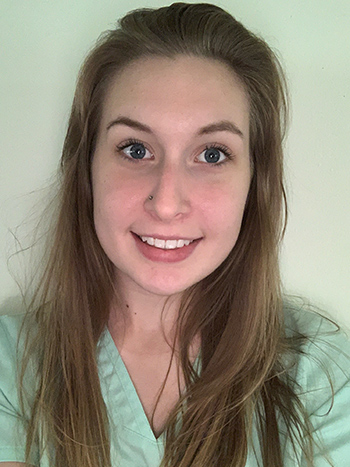 Paris grew up moving around the country with her military family. She moved to Centerville in 2017 where she started her schooling journey towards her goal of becoming a veterinary technician. Her long-term goal is to receive her Bachelor’s degree in Zoological Veterinary Technology. She joined the Covenant team in September of 2019. Paris enjoys riding horses and relaxing at home with her significant other, Kevin, their German Shepherd, Boomer, and three Guinea pigs, Charlie, Sonic, and Peanut. 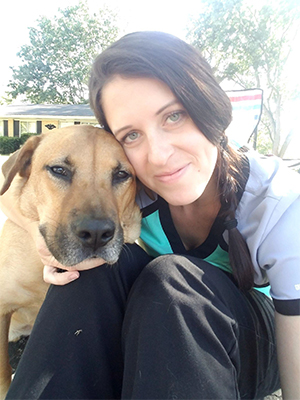 Nicole graduated from Miami Jacobs and became a registered technician in 2013. She started working in veterinary medicine immediately after graduation. In March 2021, she joined the Covenant team. She has special interests in surgery, anesthesia, and radiology. Nicole and her husband, Brandon, live locally with their three daughters, Lauren, Taylor, and Parker. They also share their home with a dog named Baby and two cats, Mac and Geo. 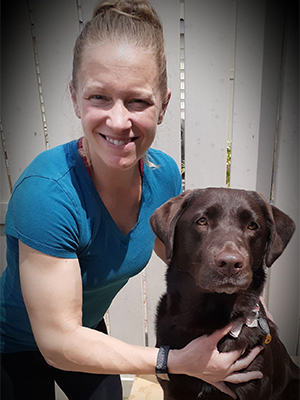 Amber joined Covenant Animal Clinic as a part-time RVT in February 2021. After graduating from Sinclair, she started working in the veterinary field in 2002. In 2006, she obtained her veterinary technology degree from the University of Cincinnati. Since graduating, Amber has been working hard year after year to help pets and their pet parents! She enjoys spending time with her husband, Jay, and kids, Lucille and Vivian. Her dog, Bailey, is an avid runner and swimmer! In her free time, Amber enjoys all things fitness, especially running, weight lifting, and Crossfit. 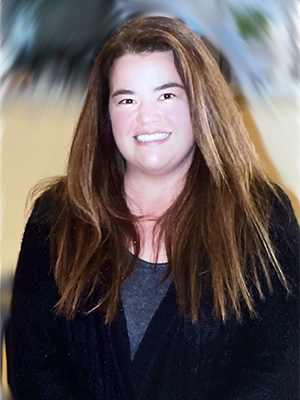 Lisa is a registered veterinary technician that has possessed a true love for animals since she was a young girl and has vast experience working in various phases of animal health and care. Lisa has worked in diverse practices and even volunteered at several shelters across the country during military moves. Lisa earned an Associate of Applied Science in Veterinary Technology at Brown Mackie College (Kansas City) graduating Magna Cum Laude and earned a Bachelor’s of Science Degree in Management (University of Phoenix). She joined the Covenant Animal Clinic practice in March 2021. Lisa has two children that are both competitive swimmers. Lisa enjoys camping with her family at State and National Parks while exploring new places. Lisa has three dogs, a Boston Terrier named Mugsy, a 4 Paws Flunky named Plum, and a lab mix named Hank. 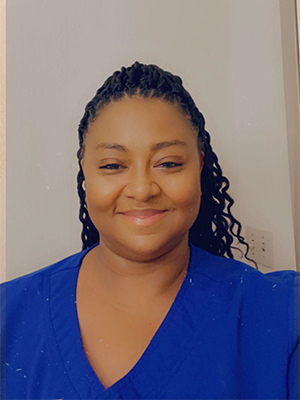 Mary began her career in veterinary medicine as a veterinary assistant in 2008. She then obtained her Associates of Science in Veterinary Technology in 2016 from Penn Foster. Mary has worked in emergency services, internal medicine, and general practice. She has also been sure to stay current in the area of veterinary medicine by attending presentations and seminars to further her knowledge. She joined the Covenant team in June 2021. Mary's favorite part of the job is caring for clients and patients. Mary lives in Xenia with her husband, Andrew and her fur baby, Boots. She has three children and seven grandchildren, so there is not much time for extracurricular activities outside of work!